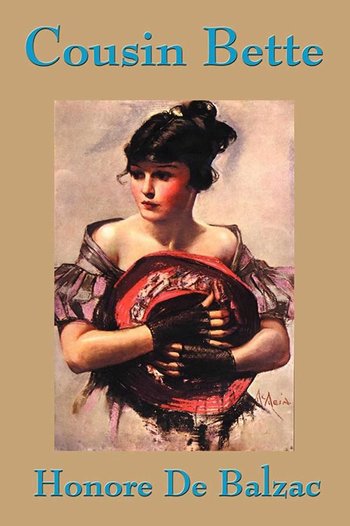 Lisbethe Fischer, aka Cousin Bette to her family, is an unattractive middle aged woman who lives a life of a commoner while her much more attractive cousin Adaline lives a life of splendor and wealth, married to wealthy Baron Hector Hulot. However, despite Bette's envy, things are not what they appear in regards to the happy facade: Hector is a womanizing jerk that has wasted his fortune on women (including Valerie, a young beautiful bureaucrat's wife that Bette befriends) and who treats his wife like crap.

Bette's life is a life of quiet desperation until she meets a suicidal young artist named Wenceslas Steinbock. Nursing the poor artist back to health after interrupting a failed suicide attempt, Bette falls for him only to watch as her niece Hortense steal him away. The loss of her lover drives Bette to madness as she vows to ruin her family, with Bette recruiting the femme fatal Valerie into her scheme. However, a rival to the Hulot family exists that threatens Bette's revenge scheme, not to mention the fact that the Baron is quite shameless in his vices, adding to Bette's plight as she seeks to avenge wrongs.

Part of Balzac's "Comedie Humaine" series of works, the novel was written largely as a response to the rise of the serialized novel, which Balzac despised. At the time, Balzac was undergoing health problems and had largely vanished from the public eye and his decision to serialize the novel was his attempt to remain relevant in the literary world.

In 1998, the novel was made into a movie starring Jessica Lange and Hugh Laurie. The movie takes great liberties with the story, replacing Valerie with a courtesan named Jenny and having Adaline die in the opening moments of the story, in order to establish Bette into her cousin's world and to set up the feud between Hector and Bette.