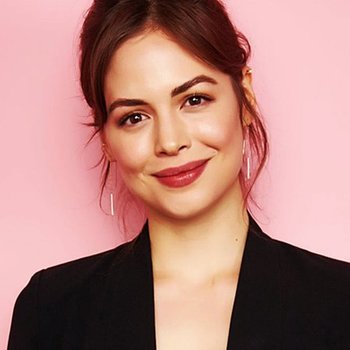 Leslie began acting professionally in high school, but her career kicked-off after she graduated a year early and moved to New York City. She landed her first major role as a potential murder victim in the 2012 film Chained, while focusing mostly on television projects. In addition to several guest starring gigs, she appeared as a series regular on Klondike, Other Space, and Shots Fired between 2014 and 2017.

Arguably Leslie's most prominent television appearance during this period was her Small Role, Big Impact turn as Trudy Walker, Juliana Crain's ill-fated sister on The Man in the High Castle. Despite being killed by the first episode, she continued to play an integral part in the series during the second and third seasons.

After leaving The Man in the High Castle for good in 2018, Leslie gained new recognition as Donna Troy, the original Wonder Girl, on the HBO Max series Titans. Leslie appeared in only two episodes of the first season, but quickly established herself as a fan favorite and was promoted to the main cast for the second season. Although she seemingly exited the series under controversial circumstances, she returned in the third season, which was partly-spoiled by the show's advertising.