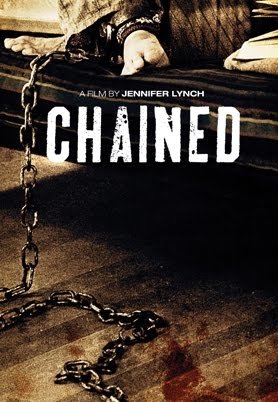 From now on, this is your world.
Angie: How long have you been here?
Rabbit: Since I was nine.
Advertisement:

Bob is a serial killer whose occupation as a cab driver allows him to abduct young women and murder them in his home. When a young boy takes a ride in his cab, Bob has a different fate in store for him: the boy, renamed "Rabbit" by Bob, becomes his personal prisoner who must not only help with Bob's normal day-to-day activities, but is also forced to assist Bob in his crimes and clean-up the carnage Bob creates. Several years pass and the now teenage Rabbit continues to experience death and suffering on a near-daily basis, but Bob begins to show care for the young man, treating him less like a slave and more like a son. Bob's motives, however, remain less than benevolent and being granted freedom from his captor will require Rabbit to do something he won't be able to come back from.

YOU ARE LOOKING TO BE SHACKLED TO THIS FUCKING WALL FOR THE REST OF YOUR LIFE, MISTER!