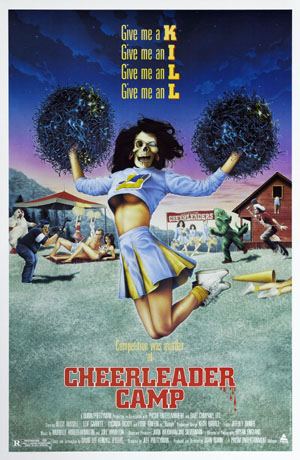 Cheerleader Camp (also known as Bloody Pom Poms) is a 1988 comedic Slasher Movie directed by John Quinn, where people are killed at, wouldn't you know it, a cheerleading camp.

Almost had a sequel that would later go on to become Camp Fear that was released direct-to-video in 1991, with the only tie being star Betsy Russell as a different character. A loose sequel, titled Cheerleader Camp: 2 the Death, was finally released in 2016.