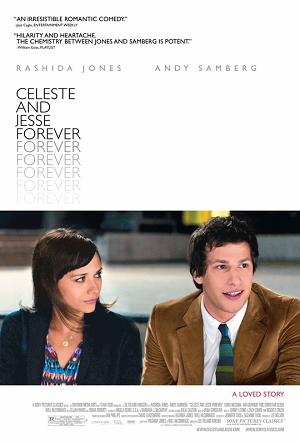 Celeste and Jesse were friends since high school, got married relatively young, and were Happily Married for years. Eventually, though, their careers diverge and they grow apart. They decided to split up, but remain close and have few or no hard feelings about it all.

The movie begins when they are out to dinner with mutual friends Beth and Tucker, a couple who are engaged themselves, and can't handle how weird it is that Celeste and Jesse are trying to remain friends. Over the course of the movie, it gets even weirder. Celeste's career becomes more and more demanding and she struggles to return to the dating scene, while Jesse moves on to a new girlfriend and begins to settle down surprisingly quickly, so quickly that they both struggle to adapt.