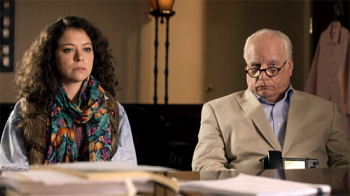 She drives me crazy, like no one else...
Advertisement:

Dr. Cas Pepper has lost his wife, his dog, and (thanks to an incurable disease) his own will to live. He plans a cross-country trip to lay both himself and his dog to rest - but a chance encounter with Dylan Morgan, a motormouthed free spirit and wannabe writer, throws a monkey wrench into both their plans.