The character sheet for the 2012 film Chained. 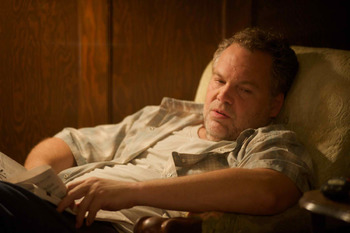 Following through is the key to life.
Portrayed By: Vincent D'Onofrio / Daniel Maslany (young)
"No kid of mine is gonna grow up uselessly educated."
A cab driving serial killer who abducts the young women he picks up and murders them in his home. 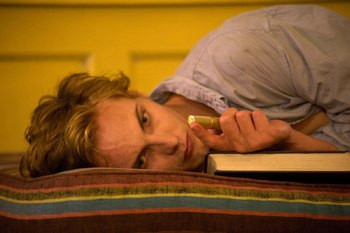 They never asked to be murdered.
Portrayed By: Eamon Farren / Evan Bird (young)
"I've seen a lot of dead girls."
A young man held captive by Bob since he was a child.
Sarah Fittler

Mommy's fine, baby.
Portrayed By: Julia Ormond
"You're gonna have to hold my hand during the really scary parts."
Rabbit's mother.
Angie 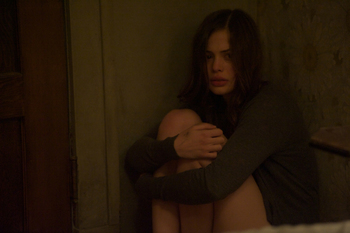 Are you gonna hurt me, Rabbit?
Portrayed By: Conor Leslie
"He hurts you, doesn't he?"
A teenage student kidnapped by Bob to become Rabbit's first victim.
Brad Fittler

In one ear and out the window.
Portrayed By: Jake Weber / Michael Maslany (young)
"Hey, champ, you look after your mom, okay?"
Rabbit's father.
Marie