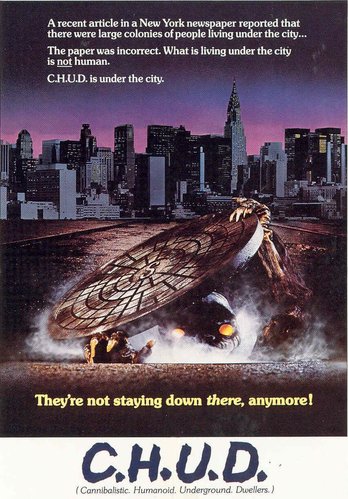 C.H.U.D. (Cannibalistic Humanoid Underground Dwellers) is a 1984 horror film about carnivorous mutants in the sewers of New York City starring John Heard and Daniel Stern. Street people begin to disappear and the police start to take notice. The eponymous creatures become bolder and come out to drag away more noticeable people, but the Nuclear Regulatory Commission covers up their existence until the last minute.

The movie spawned a sequel of questionable relation to the first.