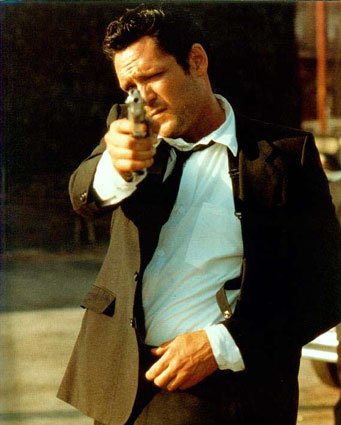 Michael Madsen Is About to Shoot You
"I've had a lot more good luck than bad, and I've made a lot more good pictures than bad ones, and I'm pretty happy with what I have. I don't walk around regretting too many things."
Advertisement:

Michael Søren Madsen (born September 25, 1958 in Chicago, Illinois) is an American actor, poet and photographer with Irish and Danish roots. His sister is actress Virginia Madsen, but he is completely unrelated to Mads Mikkelsen.