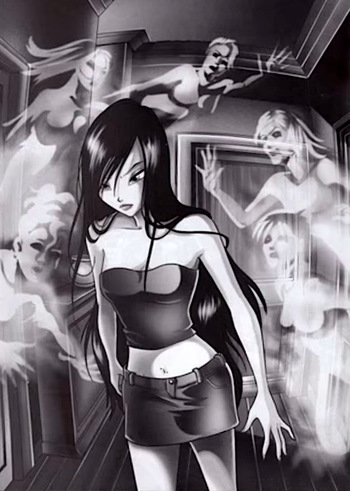 The character designs are very similar to Winx Club, but the subject matter is Darker and Edgier. Our hero Maya can speak with the dead. She learns from her Spirit Advisor that she's also The Chosen One, tasked with saving the world from an apocalypse.

In addition to the comics, Rainbow also released four novels about Maya, again written by Straffi and Brena.