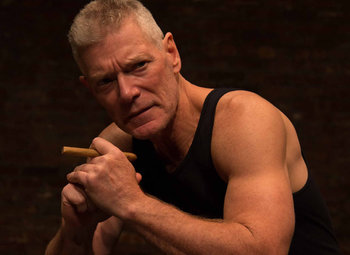 Although largely a Broadway actor, he's gained recognition on the screen in recent years, mostly due to his intense portrayal of Breakout Character Col. Quaritch in James Cameron's big-budget sci-fi epic Avatar.