Film / The Men Who Stare at Goats 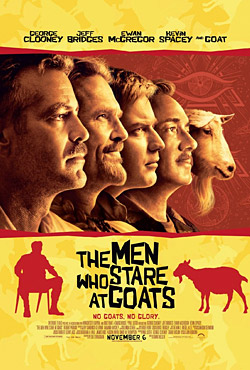 "More of this is true than you would believe."
Advertisement:

The film is about a reporter who attempts to uncover the story of the so-called "Project: Jedi," a secret government organization dedicated to creating psychic super-soldiers with the goal of bringing about world peace.

He eventually manages to find one of the former members of this New Earth Army, who is on a secret mission in Iraq, and joins him. Hilarity Ensues.

Based on a book

, which in turn was an account of a true story. No, really.