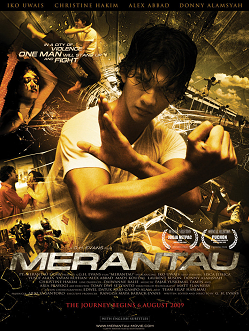 It tells the story of a young Indonesian martial artist named Yuda who leaves his home to travel to the bustling city of Jakarta in order to make a name for himself, in a centuries-old Rite of Passage called Merantau. However, after a series of setbacks leave him homeless and uncertain about his new future, a chance encounter results in him defending the orphaned Astri from becoming the latest victim of a European human trafficking ring.

The film, a surprisingly dark one for its genre, is considered the movie that gave international fame to Uwais, who later starred on The Raid Redemption along part of the same cast and again under Evans's direction.