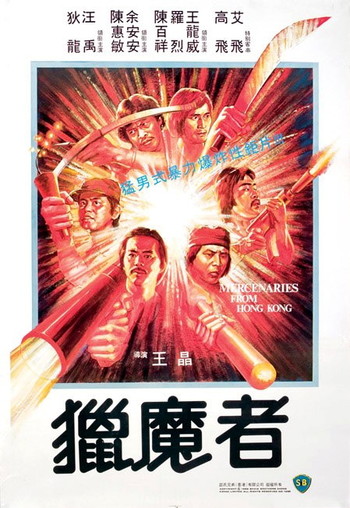 Hong Kong's attempt at The Wild Geese, with ALL the explosions.

A band of former commandos from the Sino-Vietnamese war, the titular mercenery gang have since left the days of killing behind, living relatively normal lives in Hong Kong. Former Corporal Luo Li still works as a hitman, Sergeant Ruan Nam-Sing now works as a chef, Lieutenant Lei Tai struggles as a single father with a terminally ill child, the youngest Private "Curry" works in a mechanic workshop, while the rest of the crew have since disbanded.

When the opportunity for one last, massive paycheck from Madam He Ying - the rich heiress and only child of a recently-murdered Hong Kong tycoon - invites Luo to reassemble his gang for a mission to investigate her father's demise, the team is more than eager to accept it, either for financial reasons or as a chance to re-live their glory days. But after arriving in the hostile jungles of South-East Asia, they discover their mission isn't what it initially seems.