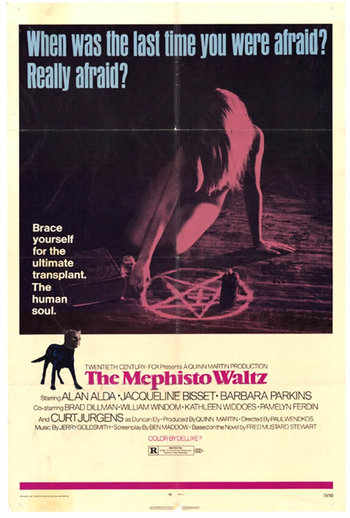 Myles Clarkson (Alda) is a journalist/former musician who gets a chance to interview a famous pianist about to leave this mortal coil, Duncan Ely (Jurgens). But, Ely's a Satanist who'd very much like to be young and tinkling the ivories again. He also has a very unhealthy relationship with his daughter Roxanne (Parkins). Mr. Ely plans to make Myles a victim of Grand Theft Me when Ely's kicked it. But Myles's wife Paula (Bisset) is not going to give her up her man without a fight...