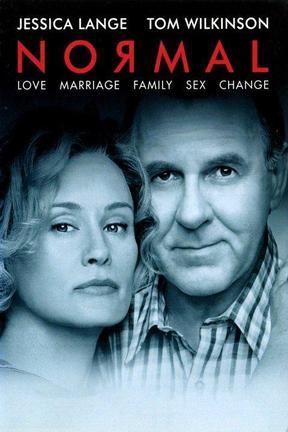 Roy Applewood has been living a normal, Midwestern life for over 20 years. On the night of their 25th anniversary, Roy admits something to their wife Irma that they've been hiding the entire time: they want to live as a woman from now on.

Ruth's transition is a difficult one. She faces ostracism in her small-town, from friend and family alike. Not even her preacher understands her plight. Her wife and son take the change specially hard.

Normal is a 2003 drama revolving around a married couple where one decides to transition after 25 years of marriage.