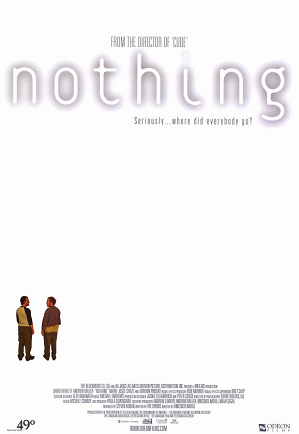 Nothing is a 2003 Canadian comedy film by Vincenzo Natali.

Dave and Andrew have been best friends for years, now living in Andrew's home beneath a freeway. Their house is due to be demolished when they both wish for everyone to "go away". The whole world outside inexplicably vanishes and is replaced by an endless white void.