Literature / The No. 1 Ladies' Detective Agency 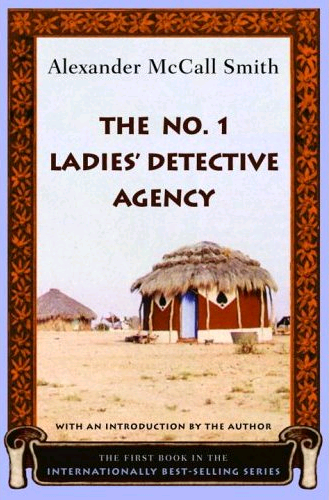 Mma Ramotswe had a detective agency in Africa, at the foot of Kgale Hill.
Advertisement:

You have probably heard of precisely two works set in Botswana. This is the one that isn't The Gods Must Be Crazy.

Series of 21 (so far) books, written by Alexander McCall Smith, involving Precious Ramotswe, Botswana's first female detective and therefore number one. The series started in 1998 and is still ongoing as of 2020, releasing one book roughly every year.

The books have been adapted for TV, with the two-hour pilot in Easter 2008, followed by a six-part series in 2009, based on the first ten books. The books were originally going to be filmed in South Africa, but Botswana's government, realising the tourism that would come its way, offered The BBC $5 million to film there instead. So they did.

The pilot was the last work of director Anthony Minghella before his death in 2008.

There has also been a radio adaptation.

Advertisement:
Books in the series so far

The TV adaptations add examples of: