Film / No One Would Tell 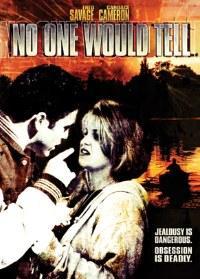 Based on a 1991 incident in Beverly, Massachusetts, No One Would Tell is a 1996 NBC Made-for-TV Movie film that tells the story of a teen couple's troubled relationship.

Shy, sixteen-year-old, Stacy Collins (Candace Cameron Bure) can't believe that the most popular guy in school, an attractive athlete named Bobby Tennison (Fred Savage), is interested in her. At first she is flattered by his constant attention, but then he becomes possessive and jealous - telling her who she can speak to, where she can go, and what she can wear. Threats escalate into violence when Bobby thinks Stacy has stepped out of line. Both Stacy's friends and her mother, Laura (Michelle Phillips), try to convince her to break up with Bobby after seeing her bruises and how he treats her. Stacy claims that he only acts that way because she is being stupid, and that Bobby really does love her. Soon, however, she is walking on egg shells and living in fear of him.