Film / None Shall Escape 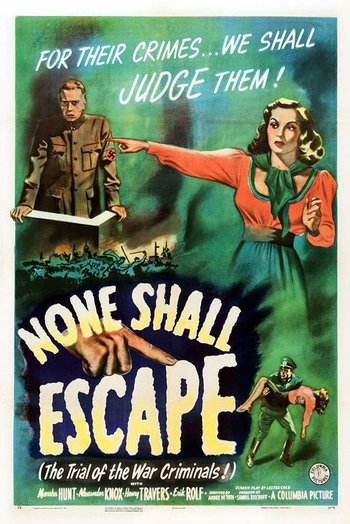 None Shall Escape is a 1944 film directed by Andre De Toth about a trial against Nazi officer Wilhelm Grimm (Alexander Knox) following the end of the (then-ongoing) second world war, told via flashbacks from the points of view of the witnesses at the trial.