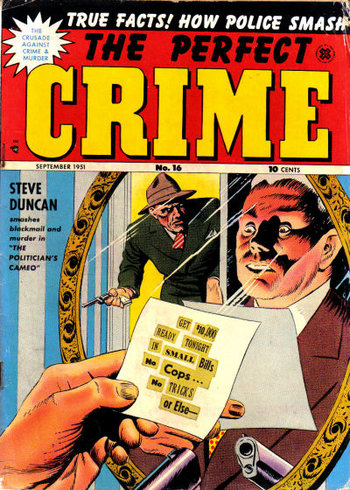 This will end badly for at least one of them
"Let me get this straight. You think that your client, one of the wealthiest, most powerful men in the world, is secretly a vigilante who spends his nights beating criminals to a pulp with his bare hands, and your plan is to blackmail this person? [beat]... Good luck!"
— Lucius Fox, The Dark Knight
Advertisement:

This is when a Blackmail scheme goes wrong for the blackmailer. It can happen in a few ways.

The third is the most common in fiction. Of course the situation occasionally backfires for the blackmailed subject nevertheless because the blackmailer decides that, now that the subtle option is out of the way (or worse yet, and quite ironically, he is the Cornered Rattlesnake in the situation), he must recur to violence.

Related to Bribe Backfire and Sub-Trope of Threat Backfire.