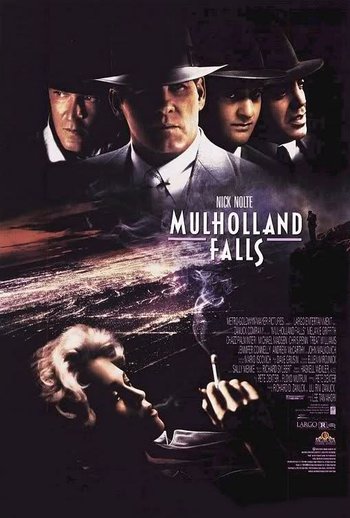 Maxwell Hoover (Nolte) is the head of an elite squad of LAPD detectives in 1953, investigating the murder of a young woman (Connelly) who has been linked to a retired Army general in the Atomic Energy Commission (Malkovich).

Has nothing to do with the 2001 film Mulholland Dr. by David Lynch.