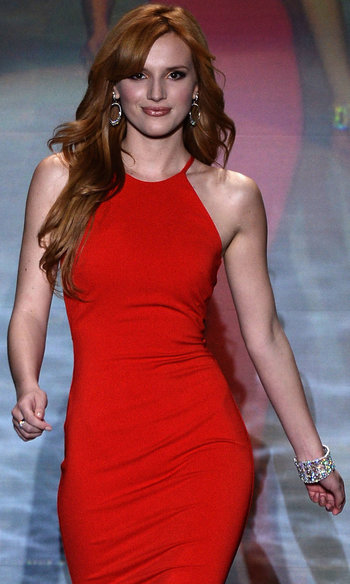 Annabella Avery "Bella" Thorne (born October 8, 1997) is an American actress and model. Her father was Cuban-American, while she also has English, German, Irish, Italian and Welsh ancestry. Spanish is her first language, and she was bullied over being dyslexic by kids in school.

An accomplished child model and actress with appearances in more than 20 films and television series and more than 40 commercials, she is best known for her role as the aspiring young dancer CeCe Jones on the Disney Channel original series Shake it Up. She remains good friends with her costar Zendaya.

Openly pansexual, she's also dated a number of high-profile actors and musicians. This includes a polyamorous relationship involving Mod Sun and Tana Mongeau. Thorne got engaged to singer Benjamin Mascolo in 2021. She's also been open about her past struggles with dyslexia and having suffered from sexual abuse in her childhood.