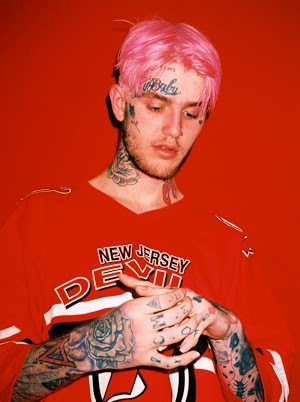 Gustav Elijah Åhr; (November 1, 1996 - November 15, 2017), better known under the stage name Lil Peep (often stylized as LiL PEEP) was an American rapper, singer-songwriter, and model. He was a member of the collective Gothboiclique, and arguably their most popular member.

Although Peep was an active artist for only three years, the extents of his acclaim and influence are vast. He is hailed as a pioneer of the "emo rap" scene within the mid-late 2010s "SoundCloud rap" movement, having a great influence on the subgenre's sound and cultural influence, which extended across numerous youth subcultures. At its most fundamental level, the subgenre fuses the hard beats of hip-hop and trap with the musicality and songwriting of emo.

He began releasing music on SoundCloud in 2014, deriving "Peep" for his name from an Affectionate Nickname his mother had given him. After amassing popularity on the platform for several mixtapes and collaborations with fellow rapper Lil Tracy, he broke out into the mainstream with his Hellboy mixtape, which led him to do his first US solo tour.

Peep had substance abuse issues due to his struggles with depression and bipolar disorder, which he often discussed in his music. On November 15, 2017, exactly two weeks after his 21st birthday and exactly three months after his debut album's release, Peep passed away from an accidental overdose of fentanyl and Xanax. Tributes poured in from his friends and family.

His work can be found on Soundcloud

, as well as streaming services.

(An asterisk denotes a posthumous release)