Series / My Own Worst Enemy 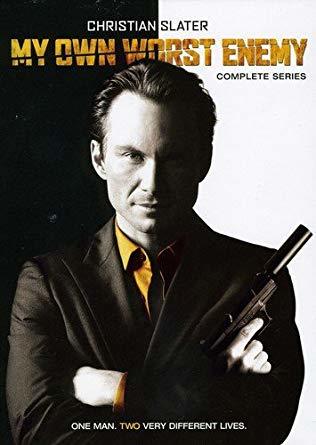 Spy Fiction television show. Manchurian Agent Edward Albright (Christian Slater) allowed his agency to create a Split Personality in his head at the age of 19. Edward was officially dead, while "Henry Spivey" existed, married, had two kids and worked a normal job. Every time Henry goes on a business trip, Edward is revived, where he lives the secret agent lifestyle, then he "goes back to sleep", neither the wiser. The place where Henry works maintains more than one Manchurian Agent with a double lifestyle.

Things get tricky when the programming appears to break down and Henry awakens in the middle of Edward's secret mission. He eventually finds out that he's just a creation and Edward is the real thing.

My Own Worst Enemy aired on NBC for nine episodes beginning 13 October 2008. It was officially cancelled after episode 4.