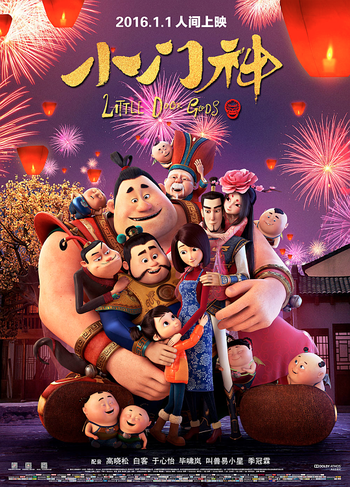 The spirit world has been facing mass unemployment due to humans not believing in gods anymore and developing their own technology. Two door gods, Yu Lei and Shen Tu, are at the risk of losing their jobs because of it. To make humans believe in gods again, Yu Lei decides to travel to the human world to break three seals that imprison The Year, a massive demon that causes chaos among the human world.

The film was released in January 2016 in China. An English dub premiered internationally on Netflix in September 2017.