Film / Forget Me Not 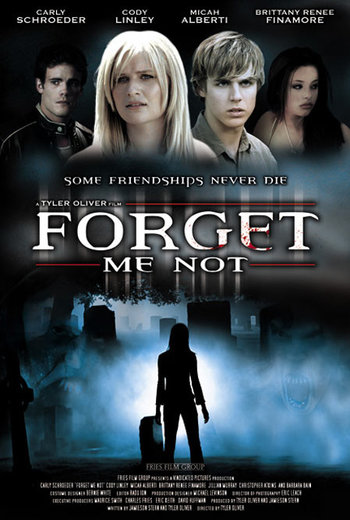 Forget Me Not is a 2009 horror film written and directed by Tyler Oliver.

It's graduation weekend, and Sandy Channing, the popular class president of her small-town high school, should be enjoying the time of her life. But when her friends start disappearing, Sandy discovers they have unwittingly awakened the vengeful spirit of a girl they wronged long ago. Fighting for her sanity, Sandy must unlock a dark secret from her own past before it's too late.