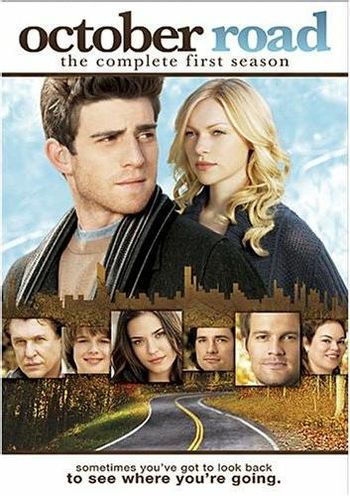 Knights Ridge, MA is a small, blue-collar college town. Nick Garrett leaves at age 18 to go travel around Europe for six weeks. He doesn't return for ten years, leaving behind his widower father, younger brother, girlfriend, and his group of lifelong buddies. During his time away, he became a highly successful author, using his hometown and friends as fodder for his book. While suffering a bout of writer's block, he receives an offer to return to Knights Ridge and give a seminar at the nearby college. Upon his return, he finds that his ex-girlfriend has a ten-year old son named Sam and is engaged to Nick's longtime nemesis, Big Cat. His father and brother are shut-ins, one of his close friends has become severely agoraphobic and hasn't left the house in years, and very few people in town are happy about Nick's return.