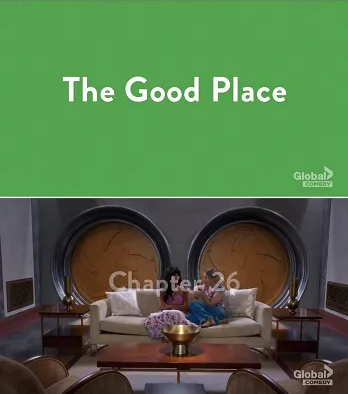 Mitchell: Okay, for starters, I think you need a strong opening title sequence.
Martin: Are you serious? Nobody does that anymore; you just throw up the title and get on with it.
— Stargate SG-1, "200"
Advertisement:

A television program with a Title-Only Opening has no Title Sequence. Instead, it has a title card bearing the program's name, and perhaps a creator credit. The remaining credits are superimposed over the first few minutes of program, just as is done with many theatrical films. (And many, if not most theatrical films produced in recent years also eschew title sequences, with actor and production credits usually only shown at the end.)

A program's original Title Sequence may be replaced with a Title-Only Opening when it goes into syndication. It is becoming increasingly common for first-run network programs to have Title-Only Openings, as well. Their popularity probably comes from the fact that they free up a minute or more of runtime, which can be used for the rest of the episode (due to less storytelling time being available due to the need for advertisements), or for additional commercials. The downside, in most TV viewers' eyes at least, is that it kills some of the excitement of the show since openings are meant to get you pumped up for the episode; also, title sequences and theme tunes are considered part of the cultural identity of a series. This is often seen as a personal preference, however, it is noted that as commercial TV moved away from title sequences, non-commercial broadcasters such as HBO and Netflix have embraced it, with openings for shows such as Game of Thrones becoming iconic.

It is also common for a show with a Title Sequence to invoke a Title-Only Opening for two types of episodes:

Because using a Title-Only Opening usually precludes the possibility of having an opening theme song, anime programs do not use them very much: the Theme Song CD is one of the major pieces of ancillary merchandise for anime. If a Title-Only Opening does appear, it will usually just be for the final episode.

If the show lacks a theme music in the opening as well as anywhere else, it is also an example of No Theme Tune. If a work has an intro, but it's very short, then it's an Extremely Short Intro Sequence. If a show has an intro sequence, but later finds itself making use of this, then you have Truncated Theme Tune. If only one or few certain special episodes of a show feature only the title, then it's a Theme Tuneless Episode.

open/close all folders
Anime
Films — Live-Action
Live-Action TV
New Media
Radio
Video Games
The rule, rather than the exception, for video games. After the publisher/developer vanity plates, logos for middleware used and/or copyright disclaimers, the player is taken directly to a simple title screen if not the main menu. On frequent occasion there will be a several minutes long (and skippable) sequence before the title screen which would be more accurately described as an attract video or trailer, due to its length and lacking credits. On selecting a new game (or loading a game), the game gets straight to the point with an opening cutscene delivering a bit of exposition, particularly who the player will be controlling.
Web Animation
Western Animation
Feedback