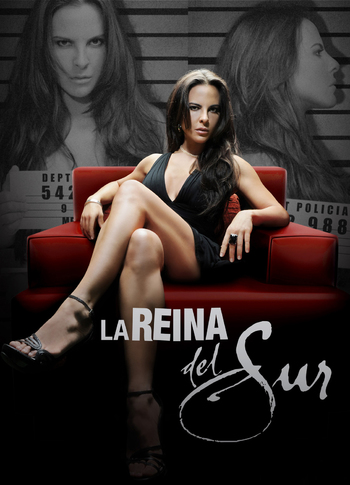 La reina del sur ("Queen of the South") is a Spanish-language Telenovela produced by Telemundo and starring the actress Kate del Castillo. It is based on the novel of the same name by Arturo Pérez-Reverte.

The premise is Teresa Mendoza (Kate del Castillo) is a young woman from Mendoza who marries a cocaine smuggler. After he's murdered by the cartels for stealing from them, Teresa runs for her life to Spain and ends up becoming involved in the world of narco-trafficking herself. The story follows her Rags to Riches story as she eventually becomes a cartel boss in her own right.

The series is available on Netflix with English subtitles. An American remake titled Queen of the South, starring Alice Braga as Teresa, began airing in 2016.