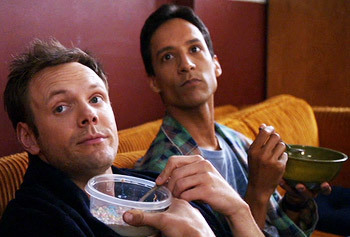 Jeff is rendered homeless after being kicked out of his condo, and eventually moves into Abed's dorm room. Meanwhile Annie enjoys time with Troy but is forced to help him prepare for an upcoming date with Randi. And after being explicitly told by Britta not to talk to Vaughn, Pierce ends up being the keyboardist in his band.