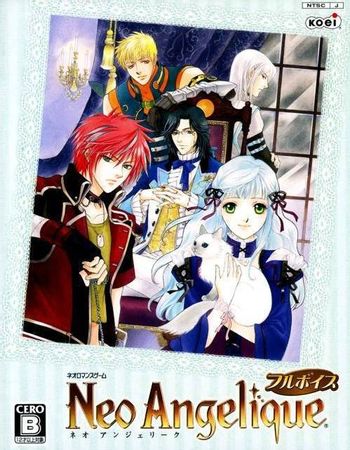 A re-imagining of the Romance Game / Dating Sim Angélique series, it debuted as a PS2 game in 2006. In 2008 it was adapted into a TV series, Neo Angelique: Abyss.

It has a total of 26 episodes, over two 13-episode arcs. Focusing on a girl named Angelique who is uniquely qualified to battle the Thanatos, ephemeral beings who suck lifeforce out of humans.