Webcomic / A Girl and Her Fed 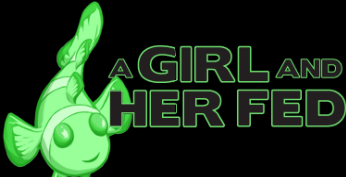 Yes, that is a green clownfish. It Makes Sense in Context.
Advertisement:

A journalism intern haunted by the ghost of Benjamin Franklin finds she is on a terrorist watchlist. When she confronts the unnamed Fed who is set to watch her, things get seriously, fantastically weird. There's government conspiracies, a talking super-genius koala, and, oh yeah, forty billion undead pixies.

Several prose short stories and novels have also been produced. The novels are:

Tropes present in A Girl and Her Fed: