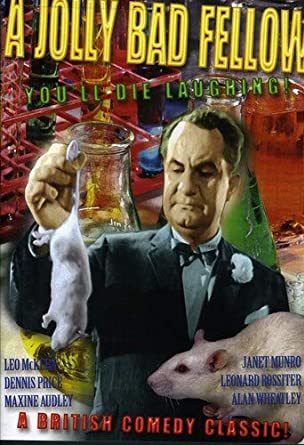 A Jolly Bad Fellow (a.k.a. They all Died Laughing) is a 1964 British Black Comedy film directed by Don Chaffey. It stars Leo McKern and Janet Munro.

Professor Kerris Bowles-Ottery (McKern) is the only Senior Common Room scientist at Ockham, a university in the Oxbridge tradition. He is also a humanist and a TV personality with a zest for living at odds with his colleagues. He aspires to the John Aubrey professorship for which an election is taking place. In a lab experiment he accidentally discovers a new poison which induces hysterical behaviour before causing death without leaving any trace. Bowles-Ottery uses this to eliminate his opponents. His research assistant Delia Brooks (Munro), who has seduced him, now blackmails him into a promise of marriage.