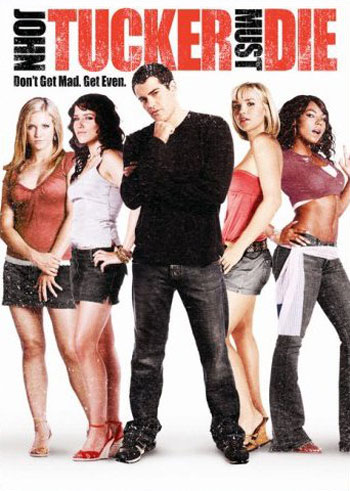 Three popular high school girls from different cliques — Heather, the Cruel Cheerleader; Beth, the Granola Girl; and Carrie, the Academic Alpha Bitch — team up to bring down the eponymous John Tucker, the guy who dated them all at once and then broke their hearts. Their weapon is Kate, the New Transfer Student, who has her own grudge against Handsome Lech types. The four hatch a plan to break John's heart the same way he broke theirs, fashioning the inexperienced Kate as the ultimate heartbreaker.

As the girls are molding Kate into everything she needs to be to win John, she's caught the eye of the "other Tucker," John's little brother. The first couple of schemes turn things From Bad to Worse, backfire and make John even a bigger hit with the other girls in the school. But he falls hard for Kate and she fears she might have bit off more than she can chew.