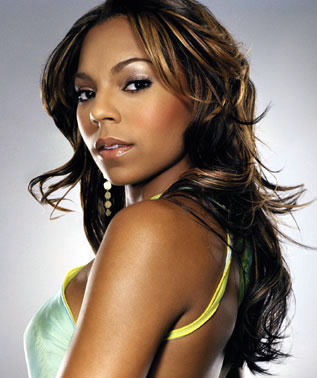 Ashanti Shequoiya Douglas, (born October 13, 1980 in Glen Cove, New York) is an American recording artist, record producer, actress, dancer, and model who rose to fame in the early 2000s. Ashanti is most famous for her eponymous debut album, which featured the hit song "Foolish", and sold over 503,000 copies in its first week of release throughout the U.S. in April 2002. The album set a Soundscan record as the biggest opening week sales for a new female artist, outselling debuts by Alicia Keys and Lauryn Hill.

In the same week, she became the first female performer to simultaneously hold the top two places on the Billboard Hot 100 singles chart with "Foolish", and "What's Luv?" (with Fat Joe). Ashanti broke records again by having three top ten songs, "Foolish," "What's Luv?" and "Always on Time" (with Ja Rule), on the Billboard Hot 100 charts in the same week, being the first woman to accomplish this feat and being second only to the Beatles. In 2003, the self-titled debut album won Ashanti her first Grammy Award for Best Contemporary R&B album.

As of 2008, she has sold more than 15 million albums worldwide. Ashanti ended the decade (2000–09) as the third top new R&B artist behind Alicia Keys and Beyoncé. She also ended the decade at number 38 on the Top Artist of the Decade list. She's also been given the name "Princess of Hip-Hop and R&B" by Ja Rule and Irv Gotti.

Tropes that apply to Ashanti are: