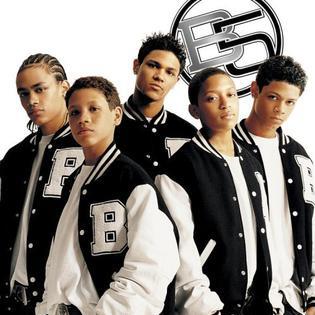 B5 (short for "Breeding 5") are an R&B/Hip-Hop music group consisting of the five Breeding brothers: Dustin, Kelly, Patrick, Carnell, and Bryan. They were active from 2001–2014.

Originally formed as "TNT Boyz" in 1998, they changed their name to "B5" when Bryan returned. In 2008, they changed their name to "Audio" but returned to the name "B5" in 2012. When Bryan and Patrick left the group it was rename to "Men in Black". The group won several competitions, several by Radio Disney, resulting in a boost in popularity. They later went on tours with the likes of Akon, Kanye West, Usher, and several other popularity R&B/hip-hop artists. The group was most popular in the mid-2000s but lasted until 2012. It split up because Dustin and Carnell dropped out of the group focus on their kids.