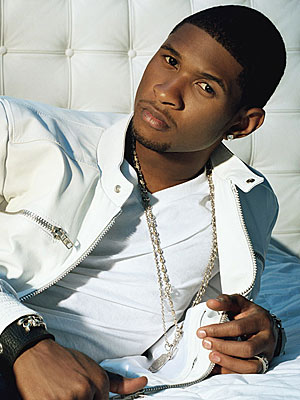 To date, he has shipped 22.5 million albums in the US, and a combined 65 million records worldwide. He has attained nine Hot 100 number-one hits (all as a lead artist) and sixteen Hot 100 top-ten hits on the Billboard Music charts. In addition to his work as a recording artist, Usher has acted in several films, is part-owner of the Cleveland Cavaliers basketball team, owns several restaurants, has his own cologne, and has served as a contestant mentor on American Idol. He was also a panelist on seasons 4 and 6 of The Voice and was the victorious coach of the latter season.

Tropes that apply to Usher's works: