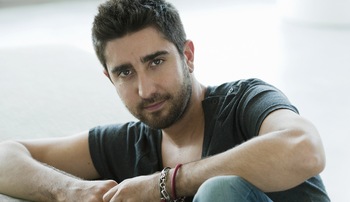 One of the most representative Spanish pop singers of the 2000s, Ubago taught himself to sing and eventually jumped to fame in 2001 with his debut album ¿Qué pides tú?, produced with the help of famous band La Oreja de Van Gogh. His success was explosive, earning nine Platinum Discs and having one of his songs voted as one of the best romantic ballads in Spanish music, and this earned him the job to version "I'm Still Here" in the Disney movie Treasure Planet in 2002.

He followed with two more cult albums, Fantasía y realidad in 2003 and Aviones de cristal in 2006, cementing his place in the Spanish music industry, although he would never quite reach the same level of success again with his next releases. He was featured in an international teamups with Craig David and Sharon Corr, and in 2010 he forming a long hyped supergroup aptly named Álex, Jorge y Lena, along with Latin singers Jorge Villamizar and Lena Burke.

Ubago's best strengths are also his main banes, as he is famously memetic in Spanish pop culture for specializing in melancholic, broken-hearted love songs. As a consequence, he has the reputation of being a depressive artist, to the point that, when he started going unnoticed in The New '10s compared to his previous fame, some speculated jokingly he had finally died of sorrow. Nonetheless, he's still one of the most recognizable voices of Spanish pop, as well as a part of the teenage years of more than a generation of Spaniards.