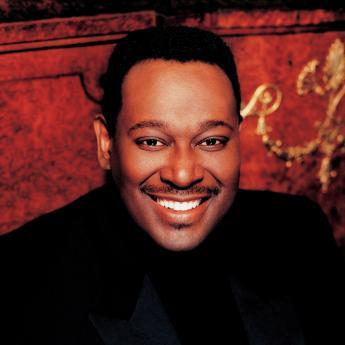 Luther Ronzoni Vandross Jr. (April 21, 1951 — July 1, 2005) was one of the defining singers and songwriters of R&B/Soul during The '80s and The '90s. Inspired by '60s and '70s icons such as The Supremes, Patti LaBelle, and Dionne Warwick, Vandross got his start by writing “Everybody Rejoice” for the musical (later movie) The Wiz.

In 1981, Vandross released his first solo album, Never Too Much, which quickly found admiration among R&B fans. His next five albums, Forever, For Always, For Love; Busy Body, The Night I Fell In Love, Give Me The Reason, and Any Love, were also extraordinarily popular. His music is known for being deeply romantic and sensual; it is often joked that if you were born in the '80s or early '90s, there's a chance you owe your conception to him.

Vandross, however, also sought crossover success. Later hits such as “Here and Now”, “Power of Love/Love Power”, “The Best Things In Life Are Free” (a duet with Janet Jackson), and “Endless Love” (a duet with Mariah Carey and cover of the Lionel Richie and Diana Ross song) proved very popular with both pop and R&B audiences. The coveted #1 pop spot eluded Vandross until 2003, when he released the title track from his album Dance With My Father, a tribute to his father who passed away when he was eight.

Unfortunately, his own health troubles — he had a notorious love of extremely unhealthy foodnote The "Luther burger", a bacon double cheeseburger with grilled Krispy Kreme doughnut halves in place of a regular hamburger bun, was named after Vandross and maligned by Aaron McGruder and otherwise lived poorly — had taken a serious toll on him. Vandross suffered a stroke shortly after completing Dance With My Father, leaving him unable to personally accept the four Grammy Awards he won that year.

Vandross died in July of 2005 at the age of 54, leaving behind heartbroken fans and a legacy as one of the greatest solo R&B artists of all time.