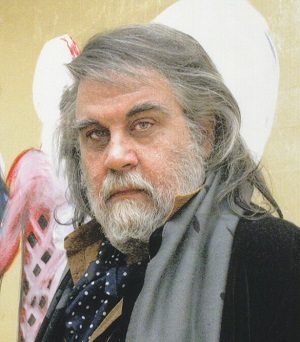 He was part of the psychedelic/progressive rock band Aphrodite's Child from 1967 till they disbanded in 1972, and moved on to an eclectic and successful solo career.

He was most famous for making epic music with synthesizers, and composed a number of memorable electronic film and documentary scores such as Chariots of Fire, Blade Runner, The Bounty and 1492: Conquest of Paradise, as well as several of the tracks in Carl Sagan's Cosmos: A Personal Voyage.

Tropes related to this artist and his work: