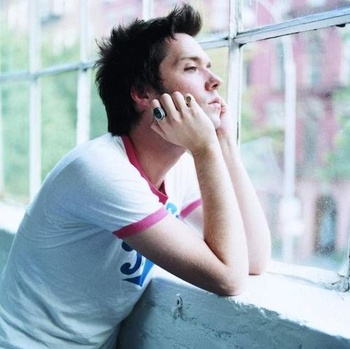 "I think that any gay person in the world would be seduced, at one point, by a certain kind of camp. For certain people it's kind of a saving grace."
Advertisement:

Wainwright came from a musical family; his parents (Kate McGarrigle and Loudon Wainwright III) were folk singers, while his sister (Martha Wainwright) and half-sister (Lucy Wainwright Roche) are also musicians. He is openly gay, which is reflected in his music. His voice is very hard to describe. See for yourself.