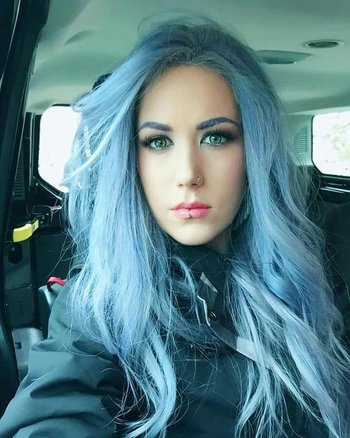 You will know her name.
Advertisement:

Alissa White-Gluz (born 31 July 1985) is a Canadian singer-songwriter who was formerly the singer of The Agonist, and is currently the lead singer for the Swedish Death Metal band Arch-Enemy. She has also appeared as a guest alongside various acts including Kamelot, Delain, and Tarja Turunen.

Of Jewish heritage, she has based the lyrics of her songs "Born Dead, Buried Alive" and "First Day in Hell" on The Holocaust. She is a vegan and animal rights activist who has worked with PETA.

Her last name is pronounced to rhyme with "buzz".

Alissa and her music show examples of the following tropes: