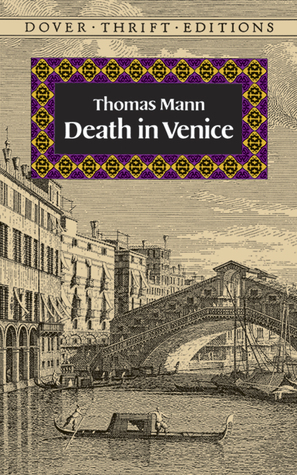 Death in Venice is a 1912 novella written by the German author, Thomas Mann (original title Der Tod in Venedig). The story is about an aged writer, Gustav von Aschenbach, who travels to Venice on advice of his doctor and falls in love with a stunningly good-looking, aristocratic boy of fourteen, Tadzio, to whom he never speaks. Gustav finds himself drawn deeply into a ruinous inward passion, which has bad consequences for him as there is a cholera epidemic currently going down in the city.

The novella is highly autobiographical: while holidaying in Venice, thirty-seven-year-old Mann, a married father, had crushed from afar on a ten-year-old Polish aristocrat, Wladyslaw Moes. Benjamin Britten has adapted this into an opera, and director Luchino Visconti made a 1971 film adaptation of the novella (Morte a Venezia) starring Dirk Bogarde and Björn Andrésen. It also served as the main inspiration for the 1990 novel Love and Death on Long Island, a more humorous take on the novel that also gives it a Setting Update to 1990s America, which in turn received a 1997 film adaptation made by director Richard Kwietniowski, starring John Hurt and Jason Priestley.