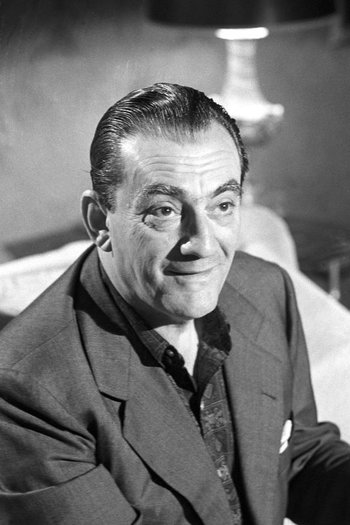 He was an aristocrat but a lifetime member of the Communist Party. He was from Milan but made movies about Southern Italy and Sicily. He was a man of the opera and the theater but the movies were his real passion. His life was no less inspiring. If Bruce Wayne were Italian and an artist, and gay, he'd be Visconti. He fought against the Nazis as La Résistance during WW2 and participated in a cinematic revolution with his first films, Ossessione (an adaptation of James M. Cain's The Postman Always Rings Twice) and La Terra Trema (which was shot in location in the local Sicilian dialect and had to be subtitled for distribution in the North).

He's most famous today for his film adaptation of The Leopard starring Burt Lancaster. Other notable movies include Senso (1954), Rocco and His Brothers (1960), an adaptation of Albert Camus' The Stranger (1967) and his so-called "German Trilogy": The Damned (1969), Death in Venice (1971) and Ludwig (1972). Nino Rota was his Associated Composer on many of these films.

While most critics rate his early films (up to The Leopard) highly, there's little consensus on his later works. Opinions on them range from sprawling, operatic masterpieces to ponderous, decadent, and self-indulgent. In either case, his best work is highly rated around the world and he's considered one of the greatest filmmakers of the 20th Century.