Literature / A Day in the Life of Marlon Bundo 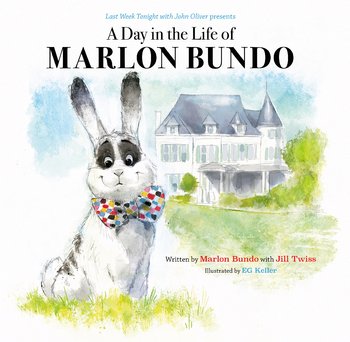 Marlon Bundo lives in the home of "Grampa", vice president Mike Pence. Marlon is lonely, but one morning after breakfast, he meets Wesley, a bespectacled brown rabbit. They spend the day together, and decide to get married because they never want to hop without each other again. But the stink bug, who is "In Charge and Important" (and bears a striking resemblance to Mike Pence), yells at them that boy rabbits can only marry girl rabbits. Will Marlon and Wesley get their happy ending?