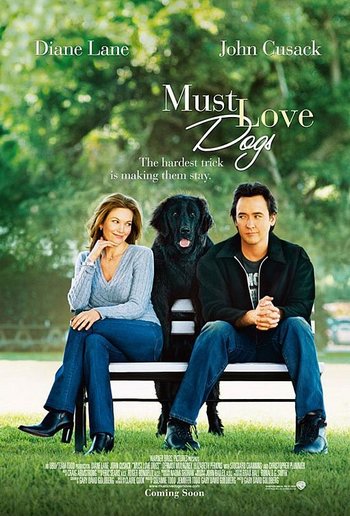 A 2005 romantic comedy directed by Gary David Goldberg, based on the novel of the same name by Claire Cook.

Sarah Nolan (Diane Lane) is a preschool teacher in her 30s who recently divorced. After a series of disastrous, but hilarious, dates she decides to swear off dating for good. Her well-meaning sister enrolls her in online dating and includes the description of "must love dogs". She does loves dogs but doesn't own one of her own, so she borrows her brother's dog to meet a blind date at a dog park. What she doesn't know is that Jake Anderson (John Cusack) also had to borrow a dog. After a series of misadventures, you hope to have the ending that all movies of this genre have!