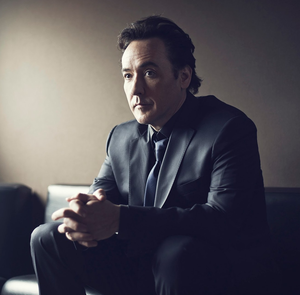 "I was a teen star. That's disgusting enough."
Advertisement:

John Paul Cusack (born June 28, 1966 in Evanston, Illinois) is an American actor and the brother of actors Joan Cusack and Ann Cusack. He started off as a teen idol in The '80s before he progressed into playing quirky offbeat characters in various films, including broader comedy roles.

He has appeared in such films as Grosse Pointe Blank, Being John Malkovich, and 1408.

He’s also the one Danny Trejo said he was the most afraid of on the set of Con Air. (Down to his kickboxing training?) Although given his refusal to discuss it in interviews, JC apparently wishes he wasn't in the film.