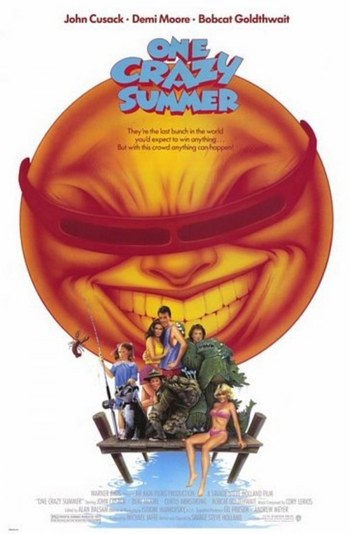 Needing to get away from home after graduating high school, Hoops McCann (Cusack) follows his friend George Calamari (Joel Murray) to the island of Nantucket, Massachusetts, where they quickly fall in with Ray's old friends, Egg and Clay Stork (Bobcat Goldthwait and Tom Villard) and Ack-Ack Raymond (Curtis Armstrong). Along the way, Hoops ends up crossing paths with singer/songwriter Cassandra (Moore), who is trying to save her grandmother's home from foreclosure and demolition - especially since greedy Aquilla Beckersted (Mark Metcalf) and his son Teddy (Matt Mulhern) have designs on razing the house to build a gaudy lobster restaurant.

Tropes that apply to this film: