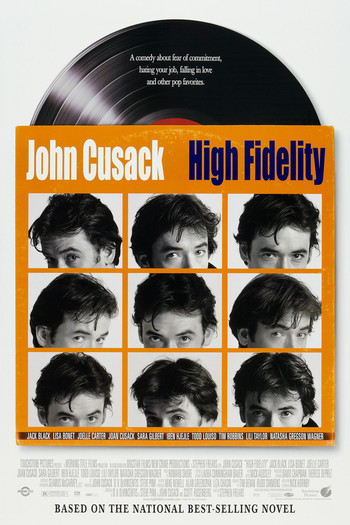 Rob: Do you understand? I'm tired of the fantasy because it doesn't really exist. And there are never really any surprises, and it never really...
Laura: Delivers?
Advertisement:

The Film of the Book High Fidelity, directed by Stephen Frears. It was released in 2000.

John Cusack stars as Rob, a commitment-phobic music lover and record store owner from Chicago. After getting dumped by his girlfriend Laura (Iben Hjejle), Rob seeks out his ex-girlfriends to learn what makes him such a bad boyfriend, all the while pining for Laura and trying to win her back.

A series based on the book and film was released in 2020.